23 Days Until the Final Season of ABC's LOST Premieres! 23 Mysteries to Ponder. 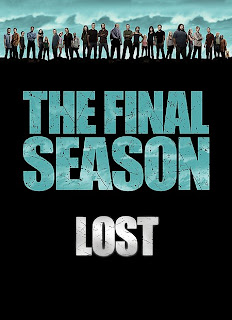 Hello LOSTIES!   Yes, in 23 days time, as of this posting, we will be transported BACK to the magical island of mysteries.  WHEN and HOW in the Island timeline are still very big questions and I'm sure the immediate answers will not be very clear either!  But, we do know one thing.  After 18 more hours of LOST, it will be over and we will have QUESTIONS answered.  All of them?  Well, let's be honest, Team Darlton (Executive Producers Damon Lindelof and Carlton Cuse) cannot possibly and do not intend to answer everything.  But they will bring FINALITY to a show that has had an amazing run.  And they will resolve questions we have been asking about our favorite characters and their favorite resort away from home that we have been asking since September 22, 2004.  So I am counting the days until I dive back into the blogging world to recap these sacred 18 remaining hours of one of the best, if not the best, TV shows to ever grace the small screen.   I figured, since there are 23 days remaining until the premiere, I would make a list of 23 mysteries that still perplex me about the island.  Surely, not all of them will be answered, and I know this.  But, they are things that I want to know!  This list will be far from complete, and I encourage everyone to continue the list in the comments.  Maybe we could get to 42, 108, and dare I dream: 316?   Here goes nothing...23 Mysteries in no particular order or priority: 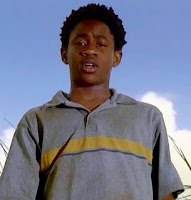 If I was going to go on to 42 these would be a few topics that I still didn't get to!:
I encourage everyone to chime in with their favorite mysteries, conundrums and even theories as we await the exciting concluding season that begins in 23 days!  As always, I will be there with my wordy recapping and look forward to the great discussions we always have.  One...LAST...TIME!   See you then LOSTIES and NAMASTE!
Ending Credits:
Be sure to sign up for Twitter and Follow me for updates: @LOSTAddictsBlog
Click Links to Support!: I took on a night job to pay some extra bills writing at Gather.  If you get a chance, check out my articles and also if you like what you read here, please click on this link to at least register a "Page View" at Gather for me!  Thanks for your support!
And of course check out my other blogs!
American Idol (kicking off Tuesday): http://aiaddicts208.blogspot.com
Flash Forward (returning in March): http://www.flashforwardaddicts.com
Posted by Mike V. at 2:51 PM 155 comments: