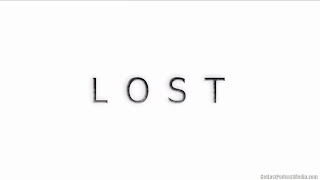 NOOOOOOOOO!!!!!!!!!!!! That's where they leave us? You bet they do. And with a nice reverse color LOST title! Nice. I personally think there was enough shown to us that a complete reset is out of the realm of possibility. But it sure wasn't factored out indefinitely as was nothing! So what happened?
I don't know but I sure am psyched for 8.5 months from now to find out. And I'd love to hear your theories on the matter.
We have one season to go. We have been told Season 6 will be the season of answers. What questions are on your mind that need to be answered? Here's some of mine:
Whew, I promised it would be a long blog and we have plenty of time to read and dissect. I am sorry for the long delay in getting the blog up. But I hope you have enjoyed my ramblings! Tune in this summer for occassional posts whenever we get some news from the producers. I'm guessing the first one will be after Comic-Con in July!
Updated as of 5/18/2009 - You guys asked for it, here it is!  My wonderful interview with ABC Action News in Tampa, Florida.  I will not let you guys forget that you made me post this!  :-)

Thanks everyone for all of your support with the blog, and welcome to all new readers! Please stick around and join into the discussion. We have 17 episodes left and a lot of questions to be answered. Let's not let the producers forget what the questions are! DISCUSS AWAY folks. I'll see you next year and NAMASTE!
This blog is also posted on Gather.com. Feel free to check it out and send some votes my way! You may also stumble upon additional discussions there!

Special thanks for Get Lost Podcast Media, for providing the amazing screen shots from the episode on their site. They have loads of them!
Posted by Mike V. at 1:03 AM 250 comments:

You may be a little confused with what happened on ABC's LOST this week, and you would have a good reason to be confused! Our LOSTIES and OTHERS exist in all different time periods now and are intersecting with themselves left and right! And somehow, our 1977 and 2007 stories are seeming to head towards an intersection. Yep, definitely easy to get LOST on this show. And I don't think they will be making it any simpler for us to understand with our season finale next week. But we have an hour's worth of TV to recap before we get to that. And, I'm sure you're guessing what I'm going to say next. WOW, what an hour it was! Sure, it was a lot of setup for the finale, as every penultimate season finale episode of LOST is. But for a setup episode, it sure was a thrill. Let's not waste any time getting into it!

The synopsis: Daniel Faraday was killed while on a mission to prevent the known future of our LOSTIES from ever happening. Jack is inspired, Kate is reluctant. We see Eloise Hawking begin to assume her role in her son's life and learn of her motivation. Meanwhile back at DHARMAVILLE, Sawyer and Juliet are in custody and being tortured by slaps-like-a-girl STUART (hello first name!) Radzinsky! Hurley, Miles and Jin have a run-in with Pierre Chang. Oh right, and we revisit 2007 where Locke assumes his role as the OTHERS. Yes, in "Follow the Leader" we see Jack finally taking charge of the situation in the 70's (right, wrong or indifferent) and Locke doing the same in 2007. And of course, we have Richard Alpert FOLLOWING these 2 leaders in 2 different time periods. Of course, you could also say Sawyer and Chang continued to take on leadership roles in this story. Let's dive in and see if we can make any sense of it!

1977
Mission: Retrieve Jughead
We open tonight's episode right as Daniel is about to be shot by Eloise. This time we are watching from Jack and Kate's perspective. Jack and Kate are arguing about Dan's plan. Kate thinks Daniel is crazy and Jack thinks he finally has his "calling."
The Battle of Wits: Hurley vs. Chang
As Sawyer and Juliet have been captured, Hurley stocked up on DHARMA food and brought it out to the secret rendezvous point with Miles and Jin. Little did he know that he was followed by Pierre Chang. Drama and Comedy ensue:
Dharmaville Drama
The fallout from the shootout at the motorpool with Daniel, Jack and Kate vs. Radzinsky and crew led Radzinsky to LaFleur for help. To his surprise, he found that Sawyer and Juliet were holding a captive in Phil, the holder of the security video of Sawyer and Kate taking Ben off of the DHARMA premises. Now we join Sawyer and Juliet in the Security station being tortured by Radzinsky for information.
2007
Locke's New Plan
Finally, we return to 2007 to see what Locke's Plan has been since taking Ben and Sun with him on a trek across the island. Locke said he had some ideas on how to get Sun back with Jin. The last we saw in this storyline was Locke making Ben visit the Smoke Monster. Ben was visited by some version of Alex (most likey smokey induced) in which she instructed Ben to listen to every word John has to say and do not try to kill him again. Ben seems to oblige. We now follow Locke, Ben and Sun to the OTHERS' camp which now seems to be on the beach. We see Richard messing around with a model ship in a bottle.
BOOM LOST!!!
Well, didn't see THAT coming! So can we expect to finally meet Jacob in the season finale this year? I am going to go ahead and almost guarantee it. Now, we must remember that Christian Shephard advised Sun and Frank to go with Locke if they want to find their friends in the 70's. So even if Locke isn't planning to help that happen, it would seem that it might. Will Locke succeed in killing Jacob? Yikes, I don't know. Will that have some kind of effect on what is going on in 1977? Will what is going on in 1977, vice versa, have an effect on 2007? Will our LOSTIES paths cross before the end of the season? Will Sun and Jin be reunited? Will TIME be altered? What about our Ajira/Shadow of the Statue folk? Surely, next week we will finally see them get to the LOSTIES' old camp and chase the Time Jumpers down in the boat, which means surely we will run into Rose and Bernard too! Lots of questions going into our season finale. What kind of cliffhanger will they leave us with? My guess is something totally confusing and mind blowing. Which will make my tasks next week even more challenging!
If any of you are in the Tampa area (I'm not, but I do know that we may have some readership down there due to some excellent referral jobs!), you might want to watch the 11:00 Action News on ABC right after the LOST finale airs. Apparently, they want to do a lead-in story interviewing a big fan of the show. Who won the opportunity? Yours truly. This is your chance to see me be a bumbling idiot on LIVE television! Minutes after I am blown away by whatever cliffhanger LOST throws us, I am going to have to give immediate thoughts to my reaction to it. Yikes. Wish me luck! Eh, who am I kidding? It will be a blast!
In other news, you know that those 2 hour blogs are killer to write. So, you can expect the blog to be posted a little later next Thursday. But I think you guys can give me a break. It's a 2 hour episode and you will have 9 months to read it as always!
I feel like I did an extra amount of time recapping this week and less theorizing, so let's start breaking things down in the comments. What do you all think is going to happen? I'd love to hear your thoughts. Hope you enjoyed me ramblings and I will see you next week!
This blog is also posted on Gather.com. Feel free to check it out and send some votes my way! You may also stumble upon additional discussions there!

Special thanks for Get Lost Podcast Media, that I found through DARKUFO this week. Sledgeweb decided to include no screen stills this week, so I had to seek pictures elsewhere. They have loads of them!
Posted by Mike V. at 11:36 PM 119 comments: